FROM THE PALERMO MARKET TO NEW YORK

FROM THE PALERMO MARKET TO NEW YORK 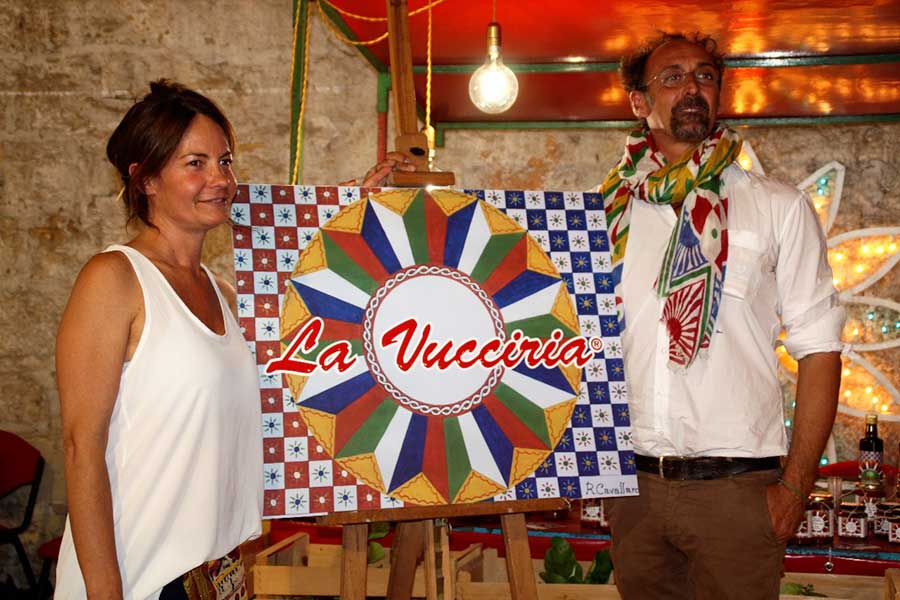 THE PROJECT THE VUCCIRIA FOOD CONCEPT

The Vucciria brand, registered in 2014, was an intuition of the Palermo entrepreneur Antonio Di Dio.
He debuted with the donation of the La Vucciria luminaria located at the entrance of Via Maccheronai, in front of the historic Palermo market, immediately becomes a tourist attraction and icon of the city. The project evolved into a grouped food basket small and medium producers from all over Sicily, starting from the world of oil olive, with a capacity of millions of liters, followed along the way from pressing to bottling from the ancient by Pettineo.

An import export platform is already present in New York in the United States a container of Sicilianity that in addition to food will include also art and design.
The keys to the project are the niche quality of the product and the design cured of the packaging that brings together the Sicilian tradition in colors and patterns shapes, created by the designer Diana de Concini who wanted to represent on the label the symbol of the "stidda" the star of the Sicilian cart painted by the folk artist from Palermo, Roberto Cavallaro.
Diana de Concini, born in Bolzano, transplanted and in love with Sicily captures all the best nuances, marketing curator and partner of the project together with Antonio Di Dio, general manager of the whole concept, from the fashion world and olive producer for many generations in the countryside of Pettineo with the Company “Terre di Mezzo”. Agricultural reality between the Madonie and Nebrodi, in the Valley of Halesa, old Punic city buried in Castel di Tusa, territory of the cultivar Santagatese, the most ancient of Sicily, with a heritage of secular olive trees, including the oldest in the Mediterranean surveyed by the University of Buenos Aires, with 1800 years of history.
Inside the basket, in addition to five different cultivars of extra virgin olive oil, Santagatese, Nocellara of Etna, Tonda Iblea, Nocellara del Belice, Biancolilla, which represent almost all the Sicilian I.G.P, have enthusiastically embraced the project historic island food companies, each leader in its sector: canning, confectionery, pasta, fish and wine. with excellent products.
"We have understood Sicily," said Di Dio and de Concini is going through a Golden Age both for tourism and for the food industry that for art and culture, giving back to the island the magnificence of the past. In the world it is seen as an excellence, a strong brand, and this becomes one lever to make economy and business system.
Precisely the ability to unite is the main social evolution and culture of the Sicilians, who are now a team.

Guarantee of Origin Of Sicilian Origin

Download the PDF of the products or Browse the PDF online